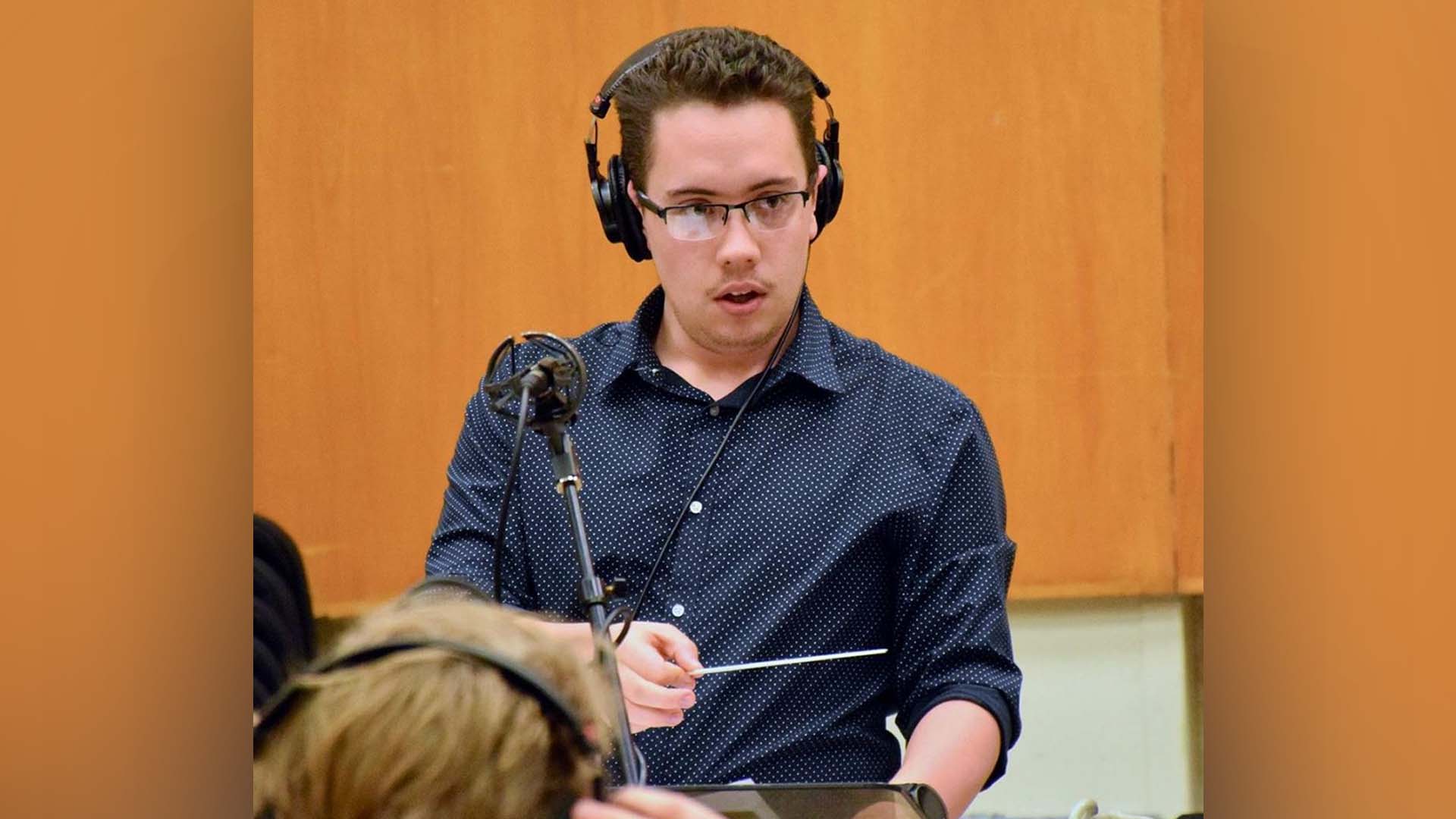 Seth Wright is a future shaper.

Meet Seth Wright, a 2015 OBU graduate who received his Bachelor of Music in Music Composition with College Honors. Seth came to OBU directly after high school and was particularly intrigued by the OBU Honors Program. He graduated with this distinction signifying he remained on the honors track throughout his entire time on Bison Hill.

Wright’s love for music, composition, theory and performance formed a robust combination as a music major, offering him many experiences for creative expression.

“College was a great time of growth for me,” he said. “I was nurtured and mentored by some outstanding music professors who created meaningful opportunities for me. They equipped me to think strategically, not only in my field of study, but also in my faith.”

Wright emphasized the great value in receiving a degree from a Christian liberal arts college. The small student-to-faculty ratio of 13 to 1 allowed his professors to know him personally and mentor him professionally, academically and spiritually.

“One professor left a true mark on me as she encouraged me in my development as a student and artist,” Wright said. "She knew when to push, when to offer mercy, and was always there to listen. Another professor was a great friend, excellent role model, and incredibly talented musician with deep wisdom about life and faith. Those types of individuals serving as music faculty in my time at OBU created a great sense of satisfaction and offered a safe place for me to make mistakes and continue to learn.”

Introduction to music synthesis was one of Wright’s favorite courses in the School of Music coupled with the opportunity to complete his honor colloquium through a class only for honor’s students, entitled music inspired by “Lord of the Rings.”

“The creativity, innovation and inspiration offered to me in these classes was significant,” he said.

Upon graduation from OBU, Wright left to study at La Schola Cantorum in Paris, as a member of the European American Musical Alliance. In 2019, he completed his master’s degree in digital media and film composition from the Eastman School of Music, in Rochester, New York, as well earning a certificate in arts leadership from the Eastman School’s Institute of Music Leadership.

Wright had the opportunity to give back to his alma mater by serving as an adjunct professor in the OBU School of Music for a semester. As he reflects on his time on Bison Hill, he realizes it was there that he formed a drive for excellence in all things and the desire to master his craft as an act of worship. He could see growth in his ability to balance his faith, vocation and calling through the art of music.

One of the major highlights of his career thus far is being hired as director of music systems for Camouflaj Studios based out of Seattle, Washington. Camouflaj is a cutting-edge producer of virtual reality video games. Seth most recently worked as music designer for Marvel’s Ironman VR where he worked with composer Kazuma Jinnouchi to create engaging adaptive music systems. The company is in the process of designing an even bigger VR game and has seen tremendous growth since its inception.

“My core belief throughout my career has been that video game music is the art music of our time. Mastering the technology we have at our disposal to create nuanced and dynamic music experiences is a privilege, and helps me play my part in telling stories with meaning,” he said.

In addition to his work with Camouflaj, Wright is owner of Seth Wright Music Inc. Through Seth Wright Music, he uses his talents in film scoring and writing music for video games. Seth is also a sought-after clinician, regularly giving master classes at schools such as the University of Rochester, Eastman, and the Film Scoring Academy of Europe. As a husband to a fellow OBU graduate, and now a father, Wright also enjoys serving as Worship Pastor for the congregation of Together Church in Oklahoma City.

From his time at OBU and with the designation of a Future Shaper, Wright tells us, “I look forward to expanding my opportunities to use my God-given talents in music through the various avenues and open doors in my life.”